So it’s been forever since my last blog post. Told ya so. My June 6th post warned I wasn’t good at blogging. I meant it. But I’m revisiting it to make a couple of announcements and maybe give an update to those who are interested.

While in the process of ensuring I have a nice website and a clean manuscript to re-release, I’ve been dabbling. I know, right? That’s a scary proposition for someone as un-tech-savvy as me. I’ve been trying to figure out how to set up a mailing list and newsletter distribution on Mail Chimp, among other things. The result? Seven people have signed up for my mailing list – two of whom are family members I signed up myself and the other five are from an online writer’s group to which I belong. That’s right. Setting the world on fire one excruciating add at a time!

The bad news is, I don’t have much of a following – yet. The good news is, I don’t have to fret over the fact I’m worse at creating a newsletter than I am at blogging. In fairness, if I could figure out how to create, store, and update the various “forms” Mail Chimp offers, I might be okay. Perhaps I’ll be able to spend a little more time figuring that out now that …

I’ve finally finished prepping for the relaunch of The Ties That Bind, the first book in my series!

Yes, it’s done, folks. To get an idea of how nervous I am over this relaunch, indulge me while I give you the low-lights of the past twenty-something years since I started writing it. Basically, I finished the first draft in 1989 or 1990 (seriously, I can’t even remember anymore). Sent queries to agents and publishers, got really good responses, and then gave up without following through until I moved in with an editor in 1999. That was the second in a string of monumentally bad decisions I’ve made, culminating with the release of my second book onto iUniverse in 2010. Because, you know, why pursue proper publication when you can sell out to what basically amounts to a vanity press, right? Not once but twice!

It’s taken a long time to claim this Mulligan in my writing. On one hand, I’ve pretty much sealed my fate as far as having my work traditionally published, at least for this series. On the other hand, I have such a great graphic designer and editor, I’m loving the freedom to take the books where I need them to go from an artistic standpoint. Perhaps in the future, I’ll write something unrelated to the Ties saga and I’ll go back to see if the trad publishing world is willing to give me a second shot. Who knows?

Anyway, that’s why this particular book (re)launch has my stomach in knots. It’s symbolic, and the culmination of undoing all the publishing-related mistakes I’ve made…so far.

So what’s next? Glad you asked!

As of August 15th, the books should be up on all the usual retail sites for pre-order. In fact, Amazon already has the e-book for pre-order on their site. Three formats are available: e-book, paperback, and hardcover. Obviously, the e-book format is cheapest. The paperback, once prohibitively expensive, is nicely priced for a book of its size. And the hardback is, in a word, GORGEOUS. The inside flaps of the dust jacket were a last-minute idea from my cover designer and it’s really cool. As a bonus, the hardback has a very attractive price – I won’t make a bundle on it, but it’s just so nice! I couldn’t resist making it available.

Needless to say, my absence in the “blog-o-sphere” has been time well spent.

Now, it’s time for you to act! Sign up for my newsletter! Pick up a copy of the book in whatever format you like – but pick it up! Oh, and read it, too. I can’t wait to hear your feedback and answer questions! You’ll have some. Trust me. And a few of them, I might even be willing to answer before book two comes out! 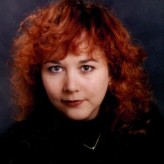 Leave a reply Click here to cancel the reply

This site uses Akismet to reduce spam. Learn how your comment data is processed.